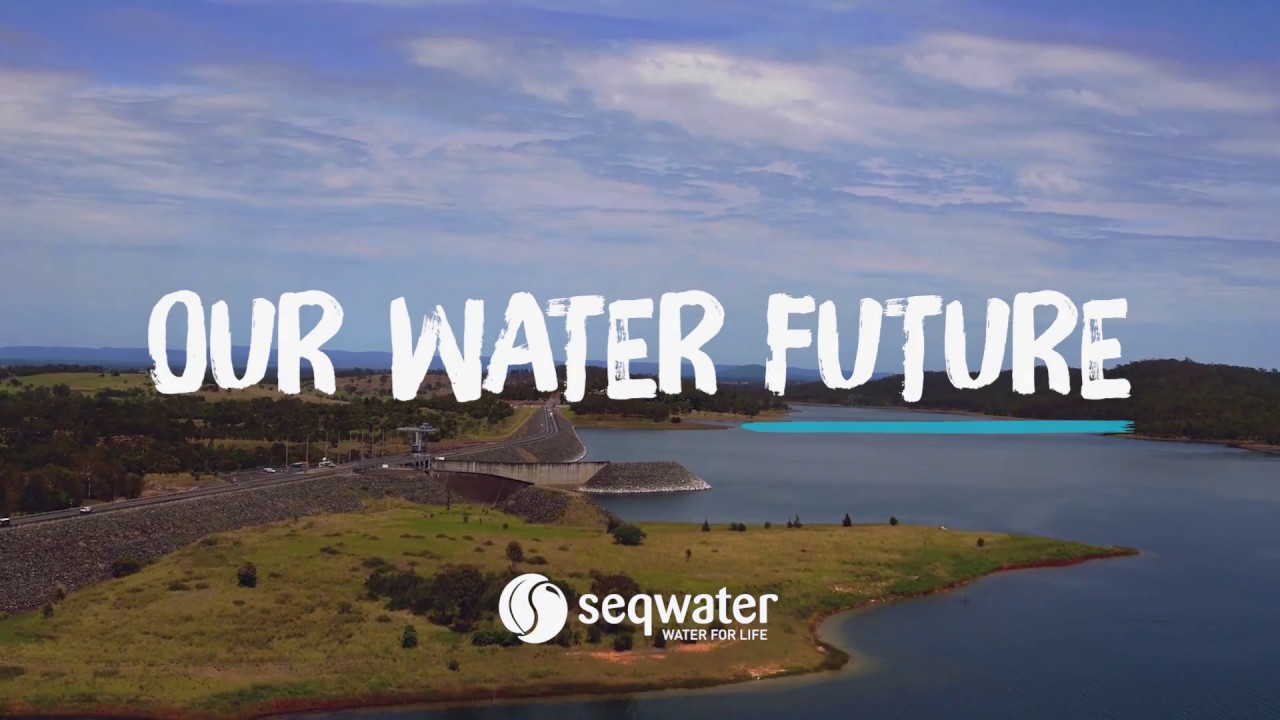 Today we were delighted to welcome Jeremy Bishop and Amy to our meeting.

Jeremy Bishop is an Engagement Advisor for Seqwater, the bulk water provider for South East Queensland. As part of his role, Jeremy creates strategic engagement initiatives for the Water Security Program, which is Seqwater’s plan to provide drinking water to the region over the next 30 years.

A native of the United States, Jeremy has lived in Australia for four years. Before arriving in Australia, Jeremy lived for more than 20 years in Washington, D.C, and worked on labour policy for eight years in the administration of President Barack Obama.

The title of Jeremy’s address to us was “Realities of Rain”. He used a particularly useful powerpoint display.

Seqwater operates and manages $11 billion worth of dams, water treatment plants and pipelines. This provides water to more than 3 million people in SE Queensland, and irrigation water to 1 200 farmers. They are also responsible for flood mitigation, and Seqwater is one of the few water boards that look after recreation activities on these assets.

By 2040, the population of SE Queensland is expected to increase by 1.5 million people, and in the Gold Coast alone an increase of 300 000 or more people. The result of this is an expected additional water requirement of greater than 200 000 litres per day. Which brought Jeremy to the effects of climate change.

More heat means more evaporation, and this combined with a greater individual water requirement in these conditions will lead to not enough water to go around. A lot of rain is not necessarily the answer, as intense rain often results in more turbidity, which is much harder to treat. The only real solution is more water capacity, or reduced useage. Before the drought, the daily consumption was 300 litres per day. During the mandated restrictions it dropped to 120 and currently it is 167 litres per day.

Currently the SE Queensland water storage is at 60%. Looking at greater Brisbane, Wivenhoe and Somerset dams are at 42% and 60% respectively. Technically this means that we are not at drought readiness, which is above 70%, so if these levels continue, we must reduce our current consumption to 150 litres per day.

In addition to dams, there are two types of climate resilient water sources – desalination plants and purified recycled water plants. The desalination plant at the Gold Coast was at 100% in January, and will restart in August. There are also three plants producing purified recycled water to replenish Wivenhoe Dam, activated during drought when the levels reach 60%. Mt Crosby is the largest.

Jeremy then outlined ways in which we may reduce our home water consumption.

This was a fascinating and well-presented address – thanks Jeremy.